A Brief History of Google – Part 6

In our last post we looked at how some of Google’s algorithm updates affected the SEO world and changed the way web content is written. The story continues as we look at some of the more significant updates that Google put in place in order to improve the quality of their search results.

The Google update in February 2009, known as ‘Vince’, changed the way that Google treated brands. Whereas before a website’s search rank was strictly based on the website and its content/links, Vince introduced a new concept whereby the wider status of the company/brand/website in question was taken into account. Larger, more established brands started showing up more prominently, and smaller, less well-known brands found themselves dropping down the rankings.

Why Google do this? It certainly seem unfair to the little guys, especially in a world where startups and new, innovative companies can scale up (and down) so quickly, but Google was really just applying the same logic it has done all along. By promoting better established, trusted brands, Google was (in their eyes at least) improving the quality of the search results. Take ecommerce websites, for example. Who will people trust more, a well-established national/international brand, or a new company with very little history and no real presence outside of their website?

Before Vince, a virtually unknown website with some smart SEO tweaks could easily appear higher than a more established brand’s website. Since Vince, that’s been reversed, and it’s now more difficult to compete with established brands. This isn’t necessarily a good thing, but the benefit in Google’s eyes is clear – people who use Google are more likely to end up on the websites of these established brands, and are (theoretically) in a safe pair of hands.

While that seems pretty harsh for smaller companies and websites, it’s not all bad news. Even though major brands have an advantage, it’s by no means insurmountable, and by focusing more on niche keywords that the bigger players don’t care as much about, it’s still possible to get a great search engine presence in a market dominated by big players. It also helps newer players focus their intentions – quite often there is no point trying to compete with bigger players on a like-for-like basis, so newer companies are forced to diversify and innovate in order to tackle niche markets or even create new ones.

It’s easy to forget just how recent the major social media platforms are. Facebook, one of the biggest companies in the world, didn’t exist before 2004. Twitter didn’t exist until 2006, while Instagram was only created in 2010. Before the explosive growth of these and other social media channels, Google was only really concerned with website content, and website content doesn’t change that frequently, comparatively speaking. Back in 2009, even a busy newspaper website only published a handful of stories every day. Contrast that with Twitter, where an average of 6,000 tweets are published every second, and it’s clear where Google were heading with their real-time search update.

With the iPhone 3GS being released in the same year, 2009 was in many ways a turning point for the internet. It marked a shift in use from desktop browsing to mobile browsing, and huge numbers of people starting permanently plugging themselves into the internet, being able to see and publish information any time they choose. Google was well aware of this, and so in December 2009 released a new update that indexed and published website content in seconds.

This change was really Google’s way of keeping pace with an increasingly connected world. Brands, personalities and ideas change in a matter of minutes thanks to social media, and without this kind of real-time input, Google search results could be out-dated before they are even published. Now, a trending post on Twitter or viral message on Facebook could find its way into the Google search results while the story was happening, rather than after things had quietened down.

Where did Google go from here? Check back in a few days for part seven of this story. 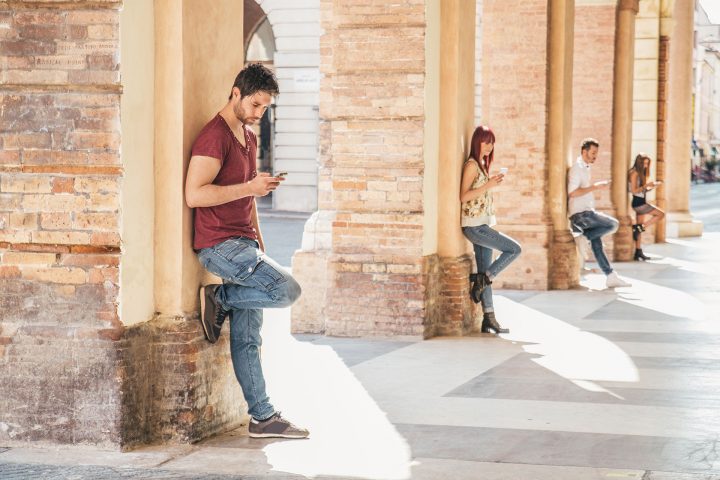