All About Net Neutrality

What is Net Neutrality?

Net neutrality is the concept of an open and free internet. All websites and all web-based services are created and remain equal. No matter where you live or how rich you are, you can access any of your favourite websites as fast as your internet connection will allow, and whenever you like. This is the basis of net neutrality.

What is the Debate About?

There are some technical regulations required to achieve this, and many of the big internet service providers (ISPs) in the USA believe that the regulations are stifling investment. Webs publishing companies, bloggers, social media networks, search engines and pretty much every big name on the web believes that whatever the case for a change in regulation, maintaining net neutrality is crucial to the very foundation of an open internet, and must be protected at all costs.

Who is Against Net Neutrality?

Most of the big ISPs in the USA, including AT&T, Comcast and Verizon. You may not have come across these names very often, but they are very big players in the USA. Unlike the UK, where we have a wide network of competition (albeit via BT’s Open Reach network) and the option of ADSL/cable/fibre-optic in most built up areas, the USA market is much more restricted and as a result internet access is slower and more expensive than in the UK. To be fair to Comcast, they claim to support net neutrality in principle, but are still opposed to the US Federal Communications Commission (FCC)’s rules that currently protect net neutrality.

Who is For Net Neutrality?

Netflix, Reddit, Kickstarter, Amazon, Dropbox, Spotify and many, many more of the world’s biggest internet companies are strongly in favour of net neutrality. There is a more exhaustive list here.

What Will Happen if We Lose Net Neutrality?

It would be the end of the open internet. What this means is that your ISP would have the power to arbitrarily decide to limit your access to whatever services they didn’t want you to use. For example, if you currently use Spotify, your ISP could prevent you from accessing it and force you to use their own music streaming service instead. More seriously, they could start preventing you from accessing content that they don’t agree with or that’s politically sensitive. For example, you might find that you no longer see criticism of Donald Trump online because any websites not promoting him as a good leader are shut off by your ISP. It’s worth noting that Donald Trump is an opponent of net neutrality.

When’s It All Happening?

July 12th, 2017, is the day of action when the big push to protect net neutrality will begin. You’ll see internet companies like Amazon and Netflix deliberately slow down their services to simulate what ISPs will be able to do should they defeat net neutrality. You’ll see banners, adverts and online messages all over the web, generating publicity for the net neutrality cause.

What Can I Do About It?

In the UK you aren’t directly affected by this yet, but you can still join the protest here. Spread the word, explain to your friends and colleagues what net neutrality is and what is at stake. Do whatever you can, and you’ll be doing your bit to secure an open internet for everyone and for the generations to come. 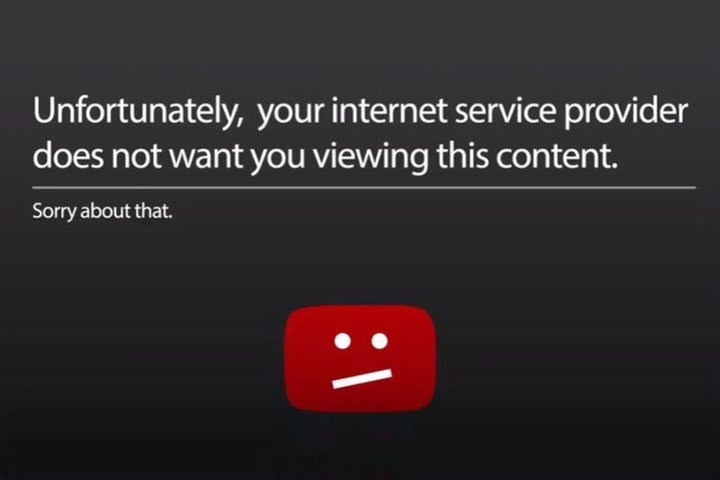