A Brief History of Google – Part 1

To understand SEO is to understand Google, at least in Europe and the US. Google is the dominant factor in SEO, with a market share of around 90% of searches in the UK. Despite all Microsoft’s efforts to encourage people to use Bing! (like setting it as the default search engine in Windows), Google continues to dominate the search engine landscape. Particularly in Europe, Bing! has such a relatively small market share (around 6%) that it simply can’t compete – Bing! doesn’t generate enough search volumes to provide results at the level of accuracy that Google does. As a result, it’s a vicious cycle of low usage leading to poor search accuracy which keeps Bing! firmly in second place, and by a wide margin.

While it’s easy to see why Google is so hard to compete with now, it’s not so obvious why Google became the dominant force that it is today. Back in the 1990s when Google first launched, the search engine landscape was very different.

Search engines can trace their routes way back to 1994. Brian Pinkerton, a Computer Science graduate studying at the University of Washington, created the world’s first search engine called WebCrawler. It used text searches to generate a list of the top 25 websites for any given search term. WebCrawler was bought and sold by AOL, ending up under the ownership of Excite, who eventually went bankrupt. WebCrawler’s legacy lived on however, as search engines started popping up all over the place, and by 1997, a search engine called Lycos had managed to index 60 million web pages.

In 1998 the landscape changed again. A then little-known company called Google launched as a search engine, and used a revolutionary search function (called an ‘algorithm’) called PageRank. Interestingly, the name PageRank is only partly derived from the term ‘web page’, but is also a reference to the surname of one of Google’s founders, Larry Page. While PageRank enabled Google to provide faster and more accurate search results than other search engines, it was also the simplicity of Google’s search interface that proved popular. The combination of these two winning factors quickly ensured Google became the number one search engine in the world.

PageRank is effectively a measure of a website’s importance to Google. SEO marketers quickly learned to exploit this, looking to generate links from high PageRank websites to lower PageRank websites in order to boost their visibility in Google’s search results. This influence, known as “link juice”, was and still is a significant factor in search engine optimisation.

Want to find out how link juice can help you optimise? Check back next week for part two of this story. 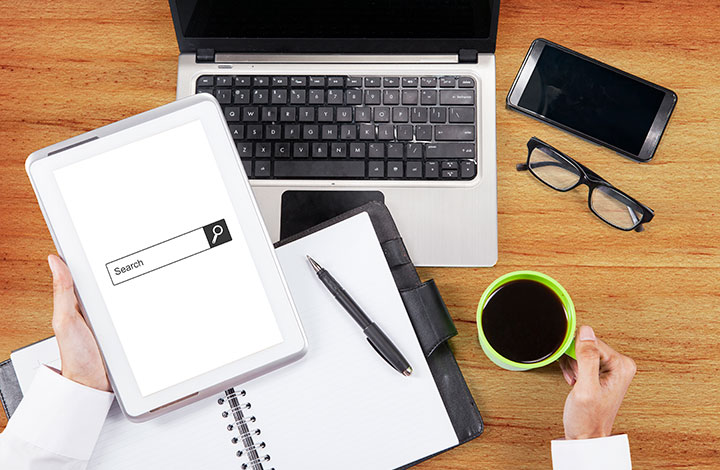